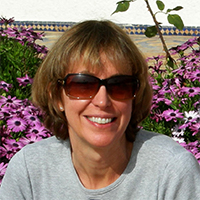 This is the space where people try to sum up their lives in four sentences.

I better explain #4. Starting with my first teaching job, I’ve written music-drama productions and units and curricula in various fields, creating experiences that are predominantly hands-on. Testing data has documented that my students have excelled with my rather unusual instructional techniques. More importantly, they remain interested, enthusiastic, focused, and always seem to rise above my high expectations. So yes, that 3rd grader was spot on!

I have a bit of writing backup from my former principal at an overseas school: “Her intelligence and organization in curriculum writing and planning is outstanding.” – Phillip V.

It’s obvious I can’t sum up my life in four sentences. But what I CAN do is support you as a teacher or parent with great ideas!

“Rebecca has a reputation for excellence. She’s the best of the best when it comes to getting the greatest effort from students. I’ve often watched her working with a group of students and wondered how she does it – how she gets them to fall in love with her and her subject matter so that they’re willing to give 110%.”  – Jodi K., educator

“I sincerely applaud Rebecca’s creativity and her desire to help educators.” – Marcia, educator/reviewer (2022) 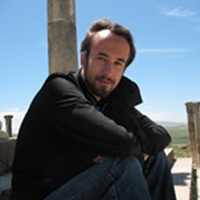 Ven draws some of the covers and interior illustrations for my books. These illustrations are pretty far from “menacing monsters” but are really great, nonetheless!

Currently, he is Lead Designer for DF/Producer Excision producing promotional materials, album covers, clothing, and stage set design. He also works for video gaming companies worldwide. He has a BFA in Illustration from Pacific Northwest College of Art.  See  www.venlocklear.com 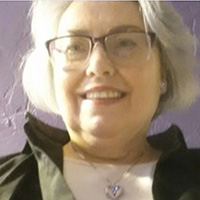 Deborah Halston is the teacher you always wished you had! As a history, civics, and American Government instructor, she passes on her deep passion for history by engaging students in creative ways. A highlight each year is involving students in role playing doing historical impersonations for the Living History Museum school events. Deborah’s enthusiasm and energy inspires students to question and want to learn more.

I’ve not only worked with Deborah on history-based music-drama productions, but have used many of her humorous and entertaining plays in productions put on by Central Oregon History Performers. My favorite monologue is “Napoleon, Man of Destiny.” (Find it under History 1800s.) 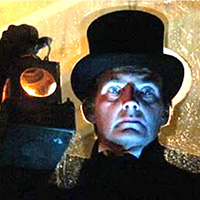 Chris Green (d. 2017), British actor, playwright, and historian, collaborated with me on writing drama skits in “Give me a sword!” History Skits 1000-1500s and “Give me a lime!” History Skits 1700s. Basically, he wrote the skits and I adapted them for students, adding historical background information.

Chris had a way of relating history to modern audiences. As curator of the Berwick Borough Museum in Berwick-upon-Tweed, England (1990-2009), he emphasized doing historic scenes in the theatrical style appropriate to the period, and then involved the museum in major town festivals.

For example, in 2006, when Berwick commemorated the 150th anniversary of the end of the Crimean War, “the highlight of the programme was an action-packed performance, scripted and directed by Chris in which the gallant British soldiers and Royal marines fought off a surprise attack by a band of escaped Russian prisoners-of-war (Time to Explore…).” Chris had a passion for presenting history in a fresh form.

Chris not only wrote many drama scripts but also books of history. He also gave entertaining lectures on various topics. He was an amazing person with an exceptional mind and is truly missed. 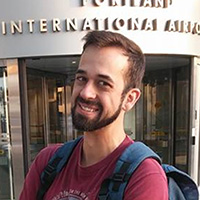 Grady Locklear has written four resources listed on my website that are hugely popular.

Grady is a marketing manager with a master’s degree in marketing communication, as well as a writer and editor. An avid traveler, he has lived in England, Spain, and S. Korea, and has visited over 20 countries.